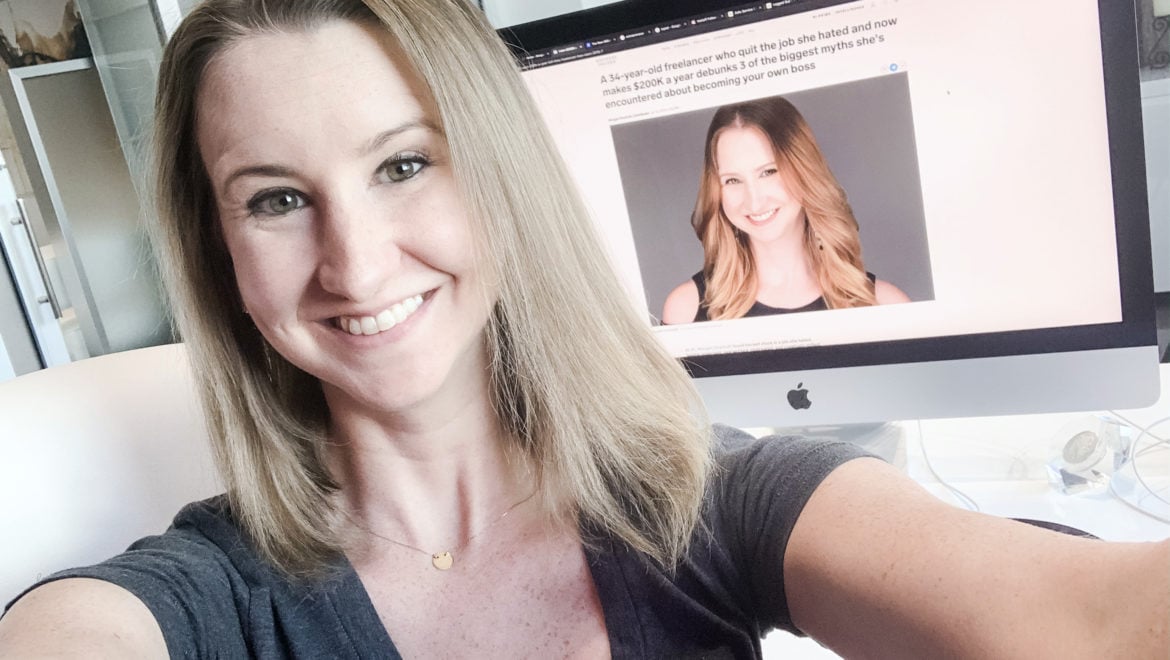 Now that’s out of the way, Morgan Media LLC is proud to present…

Four Naysayer Reactions – Brought to you by the World Wide Web

“I’ve never heard someone say they made their fortune … or even a reasonable salary, On Upwork. This smells like a fake ad… The over-the-top salary numbers just add to that feeling.” – Anonymous Commenter, Refinery29

A quick Google search debunks this one immediately. The internet is chock-full of stories from other successful freelancers earning 6-figures on Upwork. So if you’ve never heard of such a thing, something tells me you haven’t been looking very hard. I’d never heard of mustard flavored ice cream before I googled it. It’s also, apparently, a thing.

I was successful on Upwork because I have 15 years of professional design experience, an amazing portfolio, nationally-recognized clientele, an ability to sell and an incredible work ethic.

2. The “Someone is Always Willing to Do it Cheaper” Defense

“People out of the country … charge a lot less. I don’t see [her $200k success] happening.” – Anonymous Commenter, Refinery29 Truthfully, I also occasionally use Upwork to HIRE other freelancers.

In my experience, I CANNOT TELL YOU how many proposals I receive that are poorly written, lack quality portfolio samples and seemingly haven’t even read (or perhaps don’t understand) my job posting. And sure, those guys are often quite cheap.

But for every 10 crap proposals you receive, you’ll also receive a couple of quality cover letters, written by professionals who understand your needs and are confident about their ability to get the job done — and I can assure you those freelancers have no issues fetching rates of $50+/hour.

3. But… What about those Upwork fees?!

“Morgan had to pay at least $10k in fees to Upwork! ” –  Author of the rebuttal editorial.

This one is probably the most perplexing to me, simply because I, as a small business owner, incur expenses everyday. The expenses aren’t what’s important. It’s the return on investment. 4. I’m giving people false hope and don’t care about others.

“I just don’t wanna give our fellow #freelancers a sense of false hope about #upworksuccess. Let’s be real when it comes to expectations. I’ve never been like, I’m doing just fine and don’t care about others… #karma ” – Twitter User But I get it — overall, that’s a tiny percentage when compared to the total number of users (roughly 3.3%). However, I don’t blame Upwork. I believe that there are 3 main culprits for this low number:

I care about other freelancers deeply. That’s why I’ve shared my success story in the first place. If you’re stuck in a job that you hate like I was two years ago but are too afraid to cut the cord, I want to let you know that success is absolutely possible. If I had listened to the naysayers years ago, I’d probably be stuck in the same dead-end job today. I’m glad I instead chose to ignore the naysayers and listen to other successful freelancers.