Why Is Upwork bad: A letter to the naysayers from a $500k freelancer 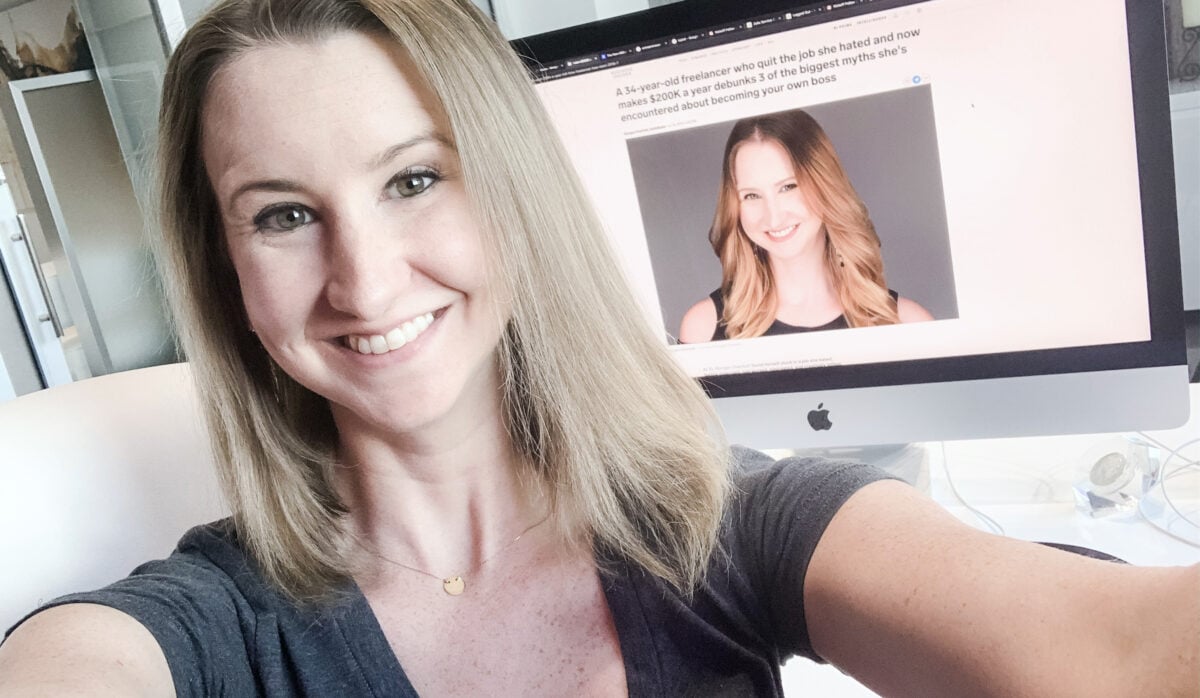 Disclosure: This site is sponsored by affiliate programs. We may earn money from the companies mentioned in this post. As an Amazon affiliate partner we may earn from qualifying purchases.

Three very interesting things happened to me in 2019:

Jumpstart your freelance career with this handy dandy guide

Subscribe to my newsletter and I will send a starter kit that features my best Upwork tips and a 28-day Upwork challenge to your inbox.

Why is Upwork bad?

First, I know what you’re thinking: I thought this article was going to tell me why Upwork was bad?

And the answer is: Upwork isn’t bad, there’s just a bit of negative publicity out there from a handful of individuals that had bad limited experience on the platform.

And it is my aim, to debunk that myth, and be the voice of reason.

Clarifications about me before we begin

Now that’s out of the way, let’s get down to business by addressing some of the comments that I received after the publications of my articles, and hopefully debunk a few negative myths about Upwork:

Four negative comments, brought to you by the internet

“I’ve never heard someone say they made their fortune … or even a reasonable salary, On Upwork. This smells like a fake ad… The over-the-top salary numbers just add to that feeling.”

A quick Google search debunks this one immediately.

The internet is chock-full of stories from other successful freelancers earning 6-figures on Upwork.

So if you’ve never heard of such a thing, something tells me you haven’t been looking very hard. I’d never heard of mustard flavored ice cream before I googled it. It’s also, apparently, a thing.

I was successful on Upwork because I have nearly 20 years of professional design experience, an amazing portfolio, nationally-recognized clientele, an ability to sell and an incredible work ethic.

2. Upwork is a race to the bottom

Truthfully, I also occasionally use Upwork to hire other freelancers.

In my experience, I can not tell you how many proposals I receive that are poorly written, lack quality portfolio samples and seemingly haven’t even read (or perhaps don’t understand) my job posting.

And sure, those guys are often quite cheap.

But for every 10 crap proposals you receive, you’ll also receive a couple of quality cover letters, written by professionals who understand your needs and are confident about their ability to get the job done — and I can assure you those freelancers have no problems fetching rates of $50+/hour.

3. Upwork fees are too high

This one is probably the most perplexing to me, simply because I, as a small business owner, incur expenses everyday.

Other industries would KILL for a 90% profit margin!

“I just don’t wanna give our fellow freelancers a sense of false hope about Upwork. Let’s be real when it comes to expectations. I’ve never been like, I’m doing just fine and don’t care about others.”

But I get it — overall, that’s a tiny percentage when compared to the total number of users (roughly 3.3%).

But I don’t blame Upwork. I believe that there are 3 main culprits for this low number:

I care about other freelancers deeply. That’s why I’ve shared my success story in the first place.

If you’re stuck in a job that you hate like I was four years ago but are too afraid to cut the cord, I want to let you know that success is absolutely possible.

If I had listened to the naysayers years ago, I’d probably be stuck in the same dead-end job today. I’m glad I instead chose to ignore the naysayers and listen to other successful freelancers.

Speaking of people you should listen to – don’t forget to connect with me on social using the links below!

1 thought on “Why Is Upwork bad: A letter to the naysayers from a $500k freelancer”

Connect with me on social

Freelancers: Follow me on social for tips on Upwork, freelancing, blogging and small business.